"For nearly two decades, I've tried and tried to stump Steve with poor source materials, confusing scripts, and unholy deadlines.  I've dumped on him all sorts of mismatched formats, lousy audio files, unearthly white-balances, and incoherent sequences, and without fail, Steve has reached into his bag of tricks and quietly made me look far more talented than I ever deserved.
He is a true miracle worker."
Rob Lihani
Executive Producer
Digital Ranch Productions

“Steve is a  visionary editor who can make any project,
no matter how complex, come together with style.
He has a terrific sense of story structure and his visual composure in the bay is unsurpassed."
Donna E. Lusitana
Executive Vice President
Extant Media

"Steve's vast knowledge of editing, post production and broadcast standards led us through a seamless transition from Standard Def to Hi Def.   As Senior Editor, he always displays team leadership from a show's development through delivery, and he has always taken the initiative to stay one step ahead of the latest technologies, equipment and standards."
Caroline Burt
Post Production Supervisor
7ate9 Entertainment

"Without question, Steve is one of the most talented people I've ever had
the pleasure to work with.
He was the mastermind behind many of the concepts that became part of
the fabric of Channel 4 News.
His creativity is unequalled."
Fred Roggin
Sports Anchor/Reporter
KNBC-TV, Los Angeles 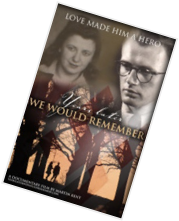 "He understands all the technical and creative aspects of editing, and never fails to conjure and present ideas that are a surprise, and yet still organic to the project at hand. He is great with story, and will work hard to make sure that the narrative always stays on track ."
Martin Kent
Writer/Producer
Martin Kent Productions 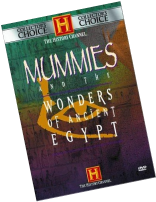 "There are few who can match his sense of timing, understanding and passion for work that ranges from struggles on the battlefield to struggles of the heart.  But perhaps best of all...he's a true collaborator who never fails to come to the bay with a smile."
Lisa Bourgoujian
Senior Vice President
LMNO Productions 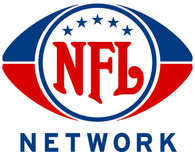 "Steve is very knowledgeable, detailed, efficient and creative
as an editor, writer and producer.
He's a pleasure to work with and is an asset to any team or group he's part of."
Mike Cunningham
Project Manager
NFL Network

"Steve is a marvelous story teller.
He can bring an audience to cheers and tears in a fifteen minute production."
Alan Zinsmeister
Cal State Northridge Men's Basketball Color Analyst
"Steve brings a great attitude, fresh perspective,  and a sharp wit to every project he takes on.
There is no one better at taking a concept and bringing it to life using the latest technology
and his boundless energy for storytelling."
Jeff Hoffman
President/ General Manager
WTKR/WGNT